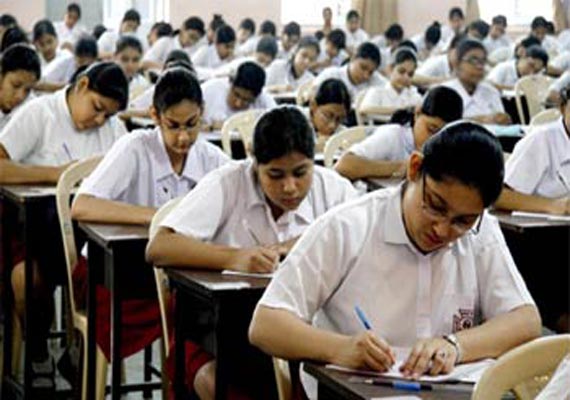 The Central Board of Secondary Education (CBSE) announced it will not conduct re-examination for the Class X Math paper which was leaked last month, reports quoted sources from the board as saying.

A report in The Times of India said that the decision was for even those in Delhi-NCR and Haryana, the two regions where the leak reportedly took place. The move comes as a relief for at least 17 lakh students.

HRD Ministry secretary Anil Swarup addressed the media on Tuesday and said, “Consequent to the preliminary evaluation of the impact of reportedly leaked CBSE Class X math paper and keeping in mind the paramount interest of students, CBSE has decided not to conduct re-examination, even in the states of Delhi NCR and Haryana.”

Quoting unnamed sources in the CBSE, reports said that the board did an analysis and evaluation of the answer-sheets for Class X Math paper and did not find any trend that would point to any impact on the examination due to the paper leak. The Class X Math examination was held on 28 March.

The order on no re-test will be made official on Tuesday at around noon, reports further added. The Times of India report quoted sources and said that “rigorous analysis will be done to check unusual variations in marks in the coming days to enable the CBSE to figure out which answer papers indicate a leak.”

The Supreme Court, meanwhile, on Monday agreed to hear a batch of petitions challenging the CBSE’s decision to re-conduct Math and the Economics examination for Class X and XII respectively after the alleged leak. A bench of Chief Justice Dipak Misra, Justice AM Khanwilkar and Justice DY Chandrachud said since many petitions have been filed on the same issue, it would list them all for hearing on 4 April, PTI reported.

Separately, the Delhi High Court on Monday asked the CBSE about its plans, if any, to re-conduct the class 10 Maths test. The counsel, representing Kerala-based 15-year-old Rohan Mathew, sought urgent hearing of the plea by the top court challenging the decision to re-conduct the examination.

Details are awaited as to how will the latest CBSE decision impact the hearing.

Under the scanner, CBSE officers and schools may be question paper leaks in Haryana: Police