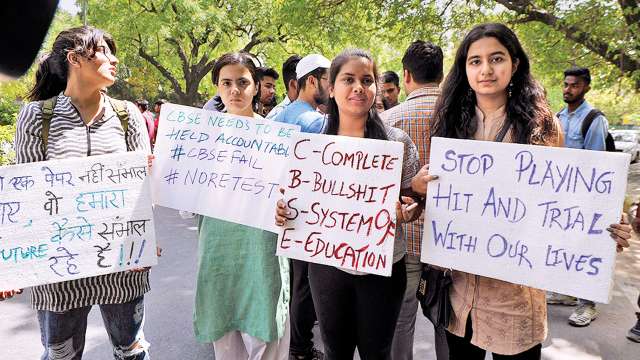 The HRD Ministry has set up a “high-powered committee” to examine the process by which the CBSE conducts examinations, following the alleged paper leak of the Class 10 mathematics and the Class 12 economics papers.

The panel, headed by former HRD secretary V S Oberoi, will also suggest measures to make the process “secure and foolproof through the use of technology” and submit a report by May 31 to the ministry.

“The government had yesterday constituted a High Powered Committee, comprising experts, under chairmanship of V S Oberoi, ex-Secretary, MHRD, to examine the process of conduct of CBSE exams and suggest measures to make it secure and foolproof through the use of technology,” the HRD’s School Education Secretary, Anil Swarup, said.

The development comes amid criticism over the conduct of Central Board of Secondary Education (CBSE) exams, following reports of paper leaks.

The HRD Ministry had last week announced the re-examination of the CBSE Class 12 economics paper on April 25.

It had said the Class 10 mathematics re-test, if required, would be conducted only for the Delhi-NCR region and Haryana in July.

However, yesterday it decided against conducting the latter.

The examinations for the Class 10 mathematics and Class 12 economic papers had been held on March 28 and March 26 respectively.