(iii) The river Narmada has its source at
(a) Satpura

Q2 : Answer the following questions briefly.
(i) What is meant by a water divide? Give an example.
(ii) Which is the largest river basin in India?
(iii) Where do the rivers Indus and Ganga have their origin?
(iv) Name the two headstreams of the Ganga. Where do they meet to form the Ganga?
(v) Why does the Brahmaputra in its Tibetan part have less silt, despite a longer course?
(vi) Which two Peninsular rivers flow through trough?
(vii) State some economic benefits of rivers and lakes.
Answer :
(i) Any elevated area, such as a mountain or an upland, which separates two drainage basins is known as water divide; for example, the water divide between the Indus and the Ganga river systems. Ambala is located on this water divide. The Western Ghats form the main water divide in Peninsular India.
(ii) The Ganga, which is over 2,500 km long, forms the largest river basin in India.
(iii) The river Indus rises in Tibet, near Lake Mansarowar.
The Ganga originates at the Gangotri Glacier on the southern slopes of the Himalayas.
(iv) The two headstreams of the Ganga are Bhagirathi and Alaknanda. They meet to form the Ganga at Devaprayag in Uttarakhand.
(v) Since Tibet has a cold and dry climate, the Brahmaputra carries a smaller volume of water and less silt in this region.
(vi) Narmada and Tapi are the two peninsular rivers flowing through trough.
(vii) Economic benefits of rivers and lakes:
(a) Source of fresh water
(b) Irrigation
(c) Navigation
(d) Hydro-power generation
(e) Development of tourism

Q5 : Compare the east-flowing and the west-flowing rivers of the Peninsular Plateau.
Answer :

Q6 : Why are rivers important for the country’s economy?
Answer :
Rivers have been of fundamental importance throughout human history. Rivers, lakes, ice caps, ground water are the fresh water reserves of the Earth. Water is a basic natural resource, essential for various human activities. The water from the rivers is used for various domestic, industrial and agricultural purposes. The presence of rivers boosts trade and commerce by helping in the easy transport of goods. They are also a potential source of energy. The water from rivers is used for running hydro-electric dams. Regions having rivers are usually of great scenic and recreational value, and hence, serve as good tourist spots. 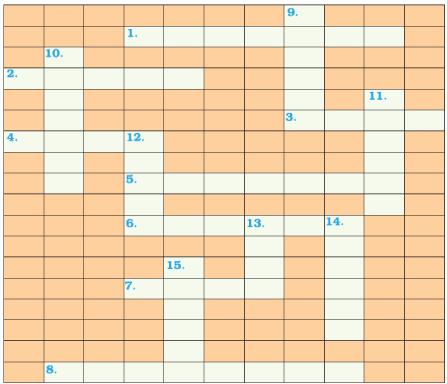