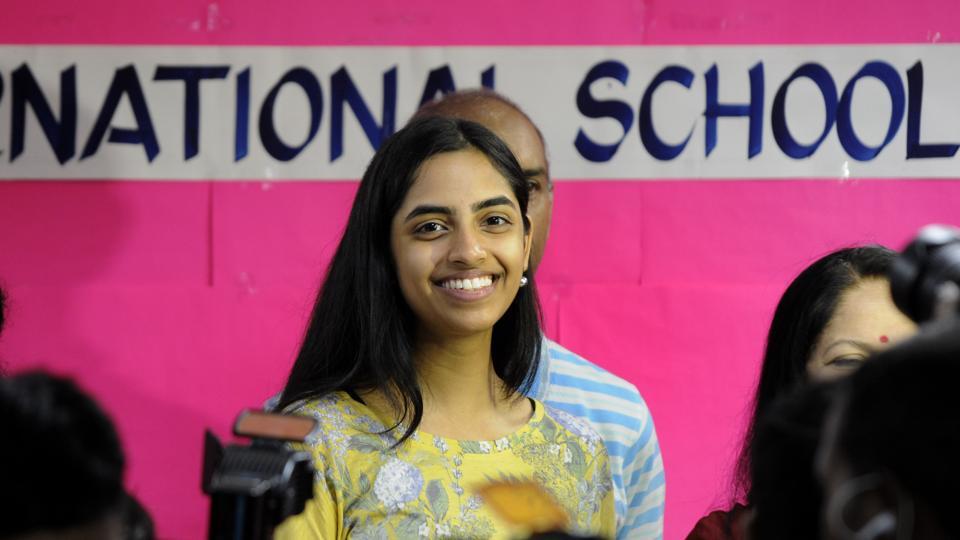 New Delhi: Central Board of Secondary Education (CBSE) declared the class 12 results today and Raksha Gopal, a student from Noida’s Amity International School topped the board exams with 99.6%, with Bhoomi Sawant from Chandigarh’s DAV coming in second. “I was expecting good results and I have put in lot of hard work”.

The Class 12 board examination was taken by more than 10 lakh students of 10,673 schools. A pass percentage of 82.02% was registered this year, showing a 1.03% dip compared to last year’s 83.05%.  “It is unbelievable and I am really happy that it all worked out”, an excited Raksha said while adding, “I had done really well in my exams and I could judge that from my papers. I had put in a lot of effort and the school had also put in a lot of effort for this.”

She also told that while she was certain of scoring above 95%, she wasn’t expecting to be the India topper and scoring 99.6% in her class 12 results. Her father who was playing golf when the results were announced, seemed a little overwhelmed with all the media attention Raksha has been getting but was dutifully giving time to all the media crews lined up to interview him and his daughter, “We were expecting good marks and I am very happy with result”, said Raksha’s father.
Bhumi Sawant De from DAV Chandigarh came a close second with 99.4 per cent, while Aditya Jain from Bhawan Vidyalaya in Chandigarh scored 99.2 per cent to take home the third spot.