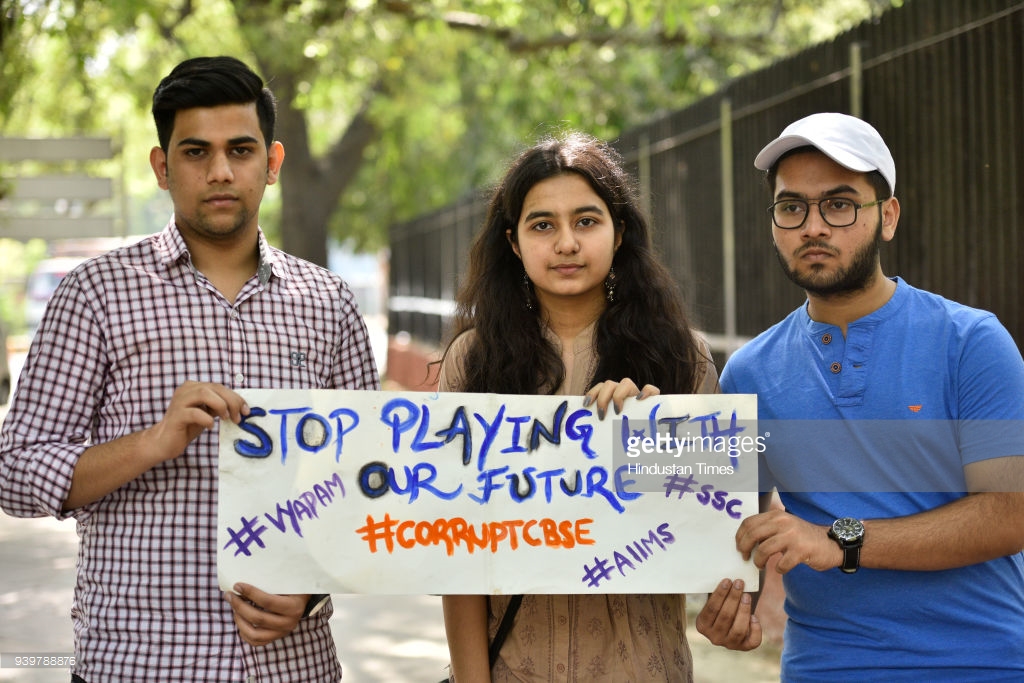 To zero in on the three alleged masterminds of the CBSE Class 12 economics question paper leak, Delhi Police had to follow a trail of 40 WhatsApp groups which ultimately led them to 37 students, five teachers, three private tutors and two housewives.

After the arrest of commerce teacher Rakesh Kumar, clerk Amit Kumar and peon Ashok Kumar on Saturday, special commissioner of police (crime) RP Upadhyay said it was a housewife from Punjab and her nephew in Delhi who finally led investigators to the source of the leak.

“The complainant of paper leak in the case, Central Board of Secondary Education (CBSE), had provided us the name of one WhatsApp group. As we started following the trail of forwarded texts, most people we came across told us that they had simply received the leaked paper from someone on WhatsApp and in turn sent it to others unaware of the actual source. However, one Class 12 student in Delhi was evasive in his response,” said Upadhyay.

On being questioned further, the boy told the police that he had received it from his aunt who lives in Punjab. The police then brought the woman in to be questioned.

“She actively denied any involvement in the leak in the beginning. Our probe later revealed that her own son, like her nephew, had appeared for the Class 12 CBSE examination this year. This re-affirmed our suspicion and we subjected her to sustained questioning. She eventually confessed that she had shared the images of the hand written question paper with her son and nephew after receiving it from her relative Rakesh Kumar from Una,” said Upadhyay.

She further disclosed that Rakesh had allegedly instructed her not to share it with anyone. But she apparently wanted to help her nephew and allegedly ended up forwarding it to him and from him it went to others.

DCP (crime) G Raj Gopal Naik added that the woman’s son had forwarded the leaked paper to a set of his own friends, opening another chain of forwards.

It was on the housewife’s confession that police arrested Rakesh Kumar and the two co-accused on Saturday. Upadhyay said that Rakesh went inside the strong room of a designated bank on March 23 to get packets of computer science question papers but allegedly ended up lifting a packet of economics paper also. Police said he went in alone without being accompanied by any CBSE official or bank employee which made it easier for him to walk away with the packet.