What is an Angle?

When a ray beginning from its initial point OA rotates its endpoint and takes the final position OB. It is called angle AOB. It is written as ∠AOB. See in fig. 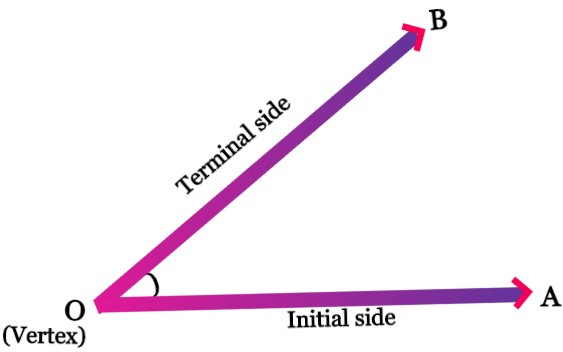 The amount of rotation from the initial side OA to the terminal side OB is called the measure of the angle. In this blog, the degree, radian and grade measure are discussed as they are the most important used units

How to Measure an Angle?

There are commonly two systems for angle measurement are as given below:

The angle traced by a moving line about a point from is initial position to the terminating position in making 1\360 of the complete revolution of a circle is said to have a measure of 1 degree written as 10 .

The Measurement of  the angles given below: 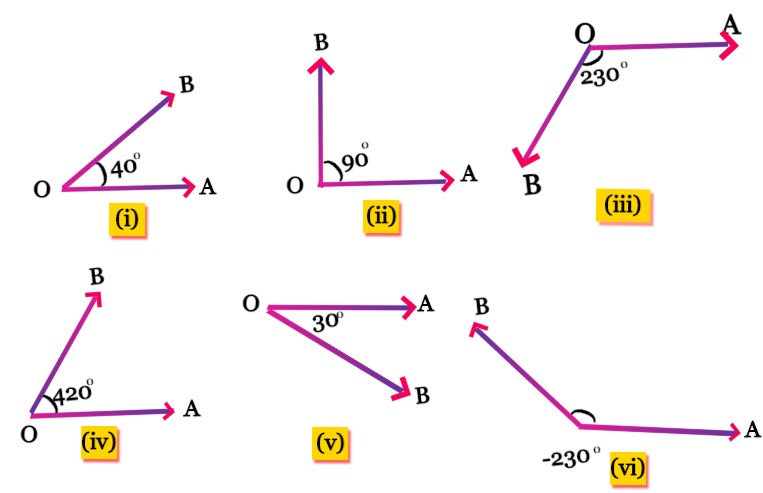 A radian is an angle subtended at the centre of a circle by an arc whose length is equal to the radius of the circle.

Relation Between Radian and Degree

We know that a complete circle subtends at its center an angle whose measure is 2π radians as well as 3600.