Q1 :Answer the following questions.
(i) What is agriculture?
(ii) Name the factors influencing agriculture.
(iii) What is shifting cultivation? What are its disadvantages?
(iv) What is plantation agriculture?
(v) Name the fibre crops and name the climatic conditions required for their growth.
Answer :
(i)The word agriculture is derived from the Latin words agri – meaning soil – and culture – meaning cultivation or tilling of soil. It is defined as the science and art of cultivation of soil, raising crops and rearing livestock.
(ii)The factors influencing agriculture are favourable topography of soil and climate.
(iii)Shifting cultivation or slash-and-burn cultivation is a type of farming activity which involves clearing a plot of land by felling trees, burning the felled trees, mixing the ashes with soil, and then growing crops like maize, yam, potatoes and cassava on the cleared land. After the soil loses its fertility, the land is abandoned and the cultivator moves on to a new plot. This type of farming has the following disadvantages.
(a) Leads to deforestation
(b) Soil becomes susceptible to erosion due to deforestation
(c) Soil loses its fertility due to the erosion of the top soil
(iv)Plantation agriculture is a type of commercial farming where a single crop of tea, coffee, sugarcane, cashew, rubber, banana or cotton is grown. Large amount of labour and capital is required in this type of farming. The produce is either processed on the farm itself or in nearby factories. Major plantations are found in the tropical regions of the world, like rubber in Malaysia, coffee in Brazil, tea in India and Sri Lanka, etc.
(v)Cotton and jute are the fibre crops.
Climatic conditions required for the growth of cotton:
(a) High temperature
(b) Light rainfall
(c) 210 frost-free days
(d) Bright sunshine
Climatic conditions required for the growth of jute:
(a) High temperature
(b) Heavy rainfall
(c) Humid climate

(iii)Leading producer of coffee
(a) Brazil

Q3 : Give reasons.
(i) In India agriculture is a primary activity.
(ii) Different crops are grown in different regions.
Answer :
(i)Two-third of India’s population is dependent upon agriculture. Hence, in India, agriculture is a primary activity.
(ii) The type of crops grown is dependent upon the type of soil and the type of climate of a region. Different regions have different soil types and climatic conditions. This is why a crop may have favourable factors of growth in one region and adverse factors of growth in another. The demand for the produce, labour and level of technology are also some factors that decide the type of crops grown in a particular region.

Q4 : Distinguish between the following.
(i) Primary activities and tertiary activities
(ii) Subsistence farming and intensive farming
Answer :
(i)

Q5 : For fun.
Solve the crossword puzzle with the help of given clues. 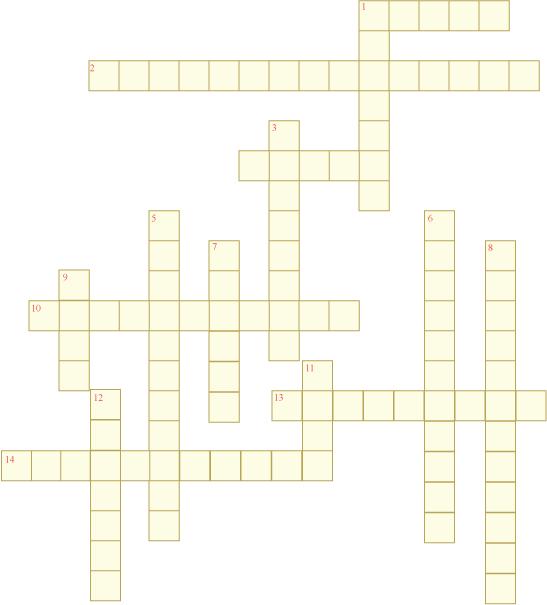 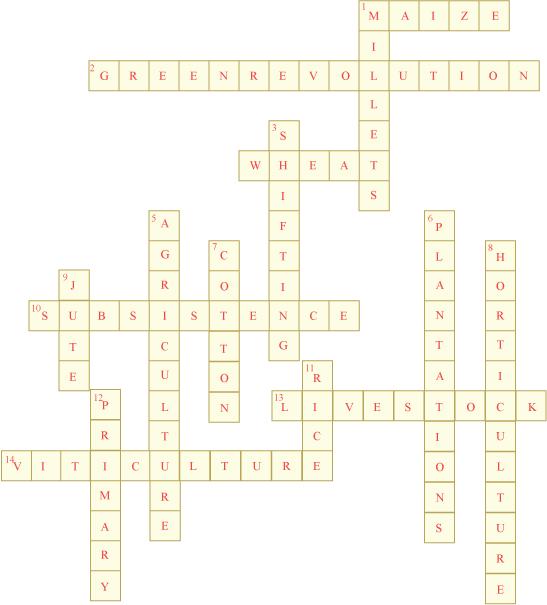