In Rome, there are a number systems that consist of Roman numerals. These numerals are just the combination of Latin alphabets and taken in use to signify the values. The charts and tables of roman numerals 1-100 are available on the Toppers Bulletin. Here are how to learn roman numerals?

In Roman numerals, 1 is written as I

The Roman numerals are based upon counting. The letter I, meaning 1, could be a notch on the stick. The other letters V, X, L, C, and M, are typically easy to learn.

Here are list of Roman numerals or numbers from 1 to 100.

How to Convert to Roman Numerals?

Separate the number into Thousands, Hundreds, Tens and Ones, and write down all in turn.

The year 1989 for example would be written MCMLXXXIX. 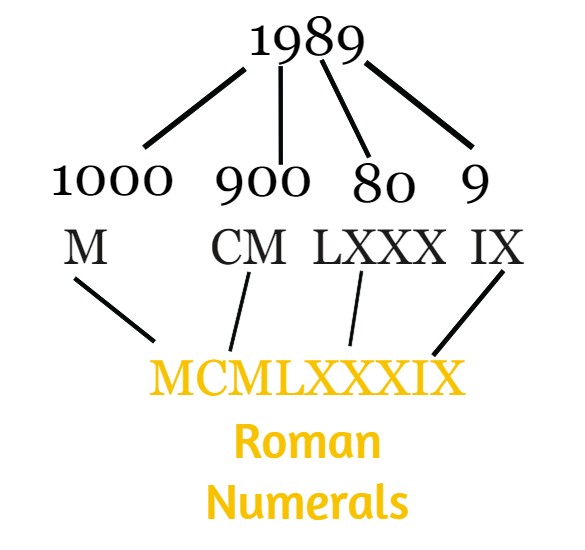