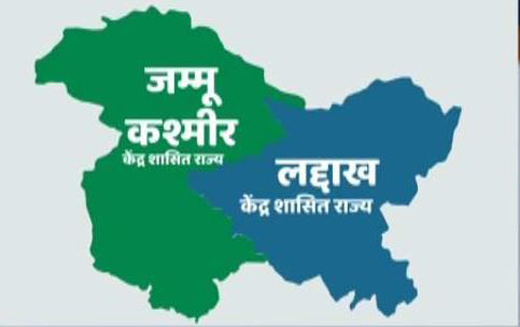 Andaman and Nicobar Islands have emerged from being a prisoner’s camp to a disease stricken land, to now being the most coveted and beautiful islands. 572 small and loosely flowing islands filled with the unpolluted sun and untamed wild life, make this a breathtaking place. Fishes die from old age as commercial fishing is banned. The Dermochelys Coriacea endangered turtles, weighing 500 kilograms, flock in thousands here every year where they nest. The Robber Crabs are the only crabs who climb up coconut trees to stealthily steal the soft coconut kernels without breaking apart the coconut.

Le Corbusier had designed the beautiful and modern city of Chandigarh. The famous Open Hand Monument symbolizes the notion of giving and taking peacefully. There are interesting places to see like the Butterfly Park, The International Doll Museum, and Topiary Park etc. The Rock Garden contains eccentrically carved rocks made from industrial wastes. Chandigarh holds the second largest museum filled with Gandhara statues; which feature a confluence of Indian and Roman art, with gold and bronze details on stone.

Puducherry or the French Riviera of India still echoes its French influence through language, majestic colonial palaces and docile boulevards. The streets are oval shaped and cut at right angles. Be careful as you walk, as a street can have one name assigned at one end, and another name at the other end! You can try an exotic dish like the bébé octopus a l’Armoricaine (baby octopus cooked in fire) here.

Daman and Diu feature massive Portuguese and Gujrati cultural influences. The Zampa Gateway, not only features an inscription dated to 1702; but also intricate carvings of lions and angels. The Pandava brothers from the Mahabharata had spent a couple of days in Daman. The Diu Museum was actually the St Thomas Church; as there wasn’t enough space to build a proper museum to hold the dear antiques! Diu is the only place in India to house African palm trees.

Dadra and Nagar Haveli houses 62% of the tribal population like Kokana and Dublas. The Daman Ganga River watershed flows through it. It is comprised of 70 villages. The Tarpa dance constitutes of people holding each other’s waists, and dancing to the sound made by instruments made of gourd. The Vasona is a place for all the brave people who want to go and see the ferocious lions roaming around.

Lakshadweep consists of 36 majestic coral reef islands filled with tall coconut trees, scenic beauty and ample places to fish. The history of Lakshadweep has been passed down mostly through word of mouth. The Pitti Island is home to the grand pelagic (who love the water more than land) birds like Brown Noddy. The territory looks like a few dots on India’s map. Fish, jaggery, rice and coconut are the ingredients found here but they give rise to a plethora of mouth watering dishes. The people of the northern part of Lakshadweep feel they were washed ashore.

What are the after effects of scraping Article 370