Q2:True or False
(i) There is only one pole in a cylindrical magnet.
(ii) The natural magnets were first discovered in Greece.
(iii) In a magnet, similar poles repel each other.
(iv) When a bar magnet is brought near a pile of iron filings, they tend to stick at the middle of the bar magnet rather than the ends.
(v) A bar magnet when suspended freely in air always point in the North-South direction.
(vi) A compass can also be used to find East-West direction at any location.
(vii) Plastic is a magnetic material.
Key
(i) False
(ii) True
(iii) True
(iv) False
(v) True
(vi) True
(vii) False

Q3:Pencil sharpener is attracted to both poles of a magnet although the sharpener’s body is made of plastic. Identify the material which may be the reason for the above phenomena that might have been used to make some part of the sharpener.

Ans: Iron is used to make the blade in the sharpener due to which it is attracted towards the magnet.

Q6:Where are the poles of a bar magnet present?
Ans. At the extreme ends of the bar magnet, the two poles (i.e North and South) are located.

Q7:There are no markings on a bar magnet to differentiate north pole and south pole. What is the best method to identify the poles of a bar magnet?

Q8:How to make an iron strip act as a magnet?
Ans. Making a magnet: Take an iron strip and place it on the table. Now take a bar magnet and place one of its poles near one edge of the strip of iron. Without lifting it, move it along the length of the iron strip till you reach the other end.

Now lift the magnet and bring the pole to the same point of the strip from where you began. Repeat the same process for about 40-50 times. Now you have made the iron strip to act as a magnet. To verify, bring some iron fillings near the iron strip. The strip will attract the fillings just like a magnet. 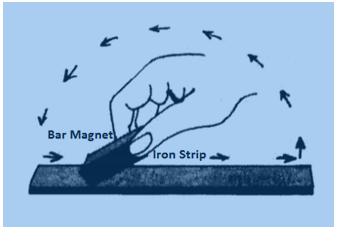 Q9:How does a compass work and how can it be used to find direction?

Ans. The magnetized needle which is pivoted inside the glass box can rotate freely. The casing or the box has a dial marked with directions on it. Now to find the direction the compass has to be kept on a flat surface or a table and the needle should be allowed to rest. 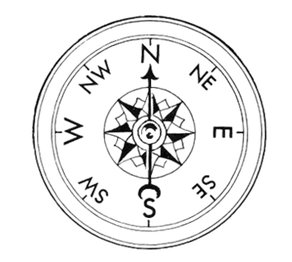 Q2:After whose name is the term “Magnet” coined?
Ans. The term Magnet is coined after a shepherd named Magnes.

Q4:The magnetic force is maximum at which place on a magnet?
Ans. At Poles.

Q1:Draw the diagram of
(a) Bar Magnet
(b) Horse-shoe Magnet

Q2:Separate the magnetic and non-magnetic substances from the list given below:

Q3: Draw a diagram of a Magnetic Compass. 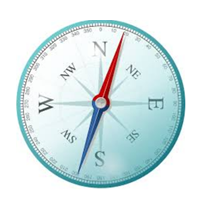 Q4:Write the main properties of a Magnet.

Ans.(i) A magnet always has two poles i.e North pole and South pole.
(ii) Poles of a magnet can never be isolated
(iii) Like pole repel and unlike poles attract.
(iv) A freely suspended magnet always gets aligned to North-South direction

Q5:Mention any two methods by which a magnet can be demagnetized.
Ans. (i) By hammering the magnet strongly.
(ii) By heating a magnet strongly and keeping it in the east-west direction.

Q6:Why is it advised to keep magnets away from mobiles, television, computers and CDs?
Ans. Because all those devices are made up of magnetic material and magnets in it, when we bring magnets near them, it will spoil these devices.

Q7:Few iron nails and screws got mixed with the wooden shavings while a carpenter was working with them. Suggest the best way for him to get the nails and screws back from the scrap without wasting his time and searching with his hands.

Q9:A bar magnet is broken into pieces. Where will be it’s North and South pole?

Ans. If the bar magnet is broken into pieces, then the end labeled as North remains north and the other end formed will be south. Similarly, the end that was pointing south will be south pole and its opposite end will be a new north pole.

Q10:You have two rods one of which is an iron rod and the other is a magnet. How will you differentiate these rods?

Q1:Show that the magnet has two poles. What are the properties of the poles of a magnet?